Supervisor standing in a clothing store

Thelia Puryear heard stories about salespeople who followed customers of color around the store while they shopped. When she first experienced this type of microaggression herself, she was shocked and offended.

She had visited a store to shop for some items, and a sales associate hovered over and closely watched her as if she were doing something wrong, which she wasn’t. The assumption was that because she was black, she must be shoplifting.

It is imperative to recognize this type of microaggression and know how it can be handled in everyday life, says Puryear, founder and CEO of StrategyLINC, a management consulting firm that provides organizational and business development services to clients.

If you or those you know face microaggression, a brief message of intentional or unintentional slights and insults that demonstrate prejudicial behavior towards others, decide if addressing the offense is worth your time, she says.

Ask yourself, “Is it worth my time and effort to make the offender understand that this behavior is microaggression?” If the answer is “no,” then ignore the offense and leave the scene if necessary. If the answer is “yes,” then address the issue directly with the person. Calmly identify the specific aggressive behavior and let the person know how it made you feel.

The following are additional examples of microaggression and Puryear’s tips to manage it:

A female colleague once called Puryear “aggressive” after Puryear used an assertive voice and spoke with authority during a meeting. Puryear thought she was taking charge, giving direction, and requiring accountability for the tasks at hand. She realized women could be labeled “aggressive” when they are displaying leadership traits typically exhibited by men.

Tip: Wait a day to talk to your coworker about the incident so tempers can cool if you are angry. Know that talking to your teammate while in front of others can cause tension, so go to a location away from the immediate work area and talk privately.
Tip: Go to your supervisor and recommend team training on microaggression if you don’t want to say anything specific about who was involved.
Tip: When talking with your colleague, understand the “why” – learn how the person reached his or her particular conclusion about you.

When Puryear served in the military as a tactical communications expert, she worked alongside a team of male counterparts in labor-intensive field exercises. Often, the work, such as lifting and moving a heavy antenna, was labeled a “two-person” job. She noticed her male teammates would overlook her during this work and only help each other.

Tip: Ask for help if a teammate is overlooking your specific needs. Team members may not know that you feel comfortable receiving help. Let them know you want to be a valuable part of the group but may need help with tasks requiring more than one person’s effort. Talk with them about this issue before going to HR.

While working as a federal contractor, Puryear was the only African American on an all-white team of men and women who often overlooked her abilities. Colleagues often avoided eye contact and did not ask for her opinion during meetings, and she was assigned small and menial tasks others didn’t receive. They exchanged subtle looks during a conversation about her hair and displayed prejudice attitudes toward an African American man by crossing the street to avoid him while attending a conference.

Tip: Talk to your colleagues. Explain what their actions were and how they made you feel, so they are more conscious of their actions and won’t repeat the mistakes. Puryear realizes now that her work environment may have improved if she voiced her concerns, and she encourages others to do so.

If you are looking for training for your organization, contact StrategyLINC today. We offer the best in training to help you identify and mitigate microaggression so you and your team are always at your best. Call (240) 416-9167 or email info@18.234.131.110 for a free initial consultation. 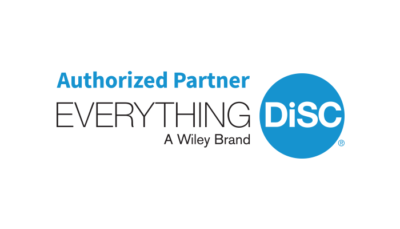